Badenoch is the home of the MacPhersons who claim to have been the early chiefs of Clan Chattan before that clan name came under Mackintosh leadership.  The family of Cluny is the chief branch but there are many important and famous branches.  The MacPhersons were Royalists and aided the Royal Stuarts during the Jacobite Risings of 1715 and 1745.  After the 1745 Rising, Cluny MacPherson, who assisted Prince Charlie to escape was in hiding on his own estate for nine years and a reward of £1,000 was offered for his capture.  Cluny Castle was burned by Government troops, but was later rebuilt.  In 1784, the estates which had been forfeited, were restored but were sold on the death of the 17th chief.
Palm Beach Pipes & Drums History
​In the 1960's and 70's there was only one pipe band in all of southern Florida.  It was the Miami Scottish Bagpipe Band.  Ray Cordovez was a member.  When he moved north to West Palm Beach, the commute to Miami for regular band practice was too far to drive each week.  So, in 1979 Ray, Harold Jones and some men from Juno Beach got together and formed what is now the Palm Beach Pipes and Drums.
John McGrath served as the first Pipe Major and Ray took on the responsibility of Drum Sergeant, a position he held for many years.  A priest from Bethesda-by-the-Sea church in Palm Beach, John Macort, joined the band.  With Father Macort's connections, the band was invited to play at the Bethesda-by-the-Sea Boar's Head Festival on January 6, 1980.  It was the band's first big gig.  What a classy beginning! 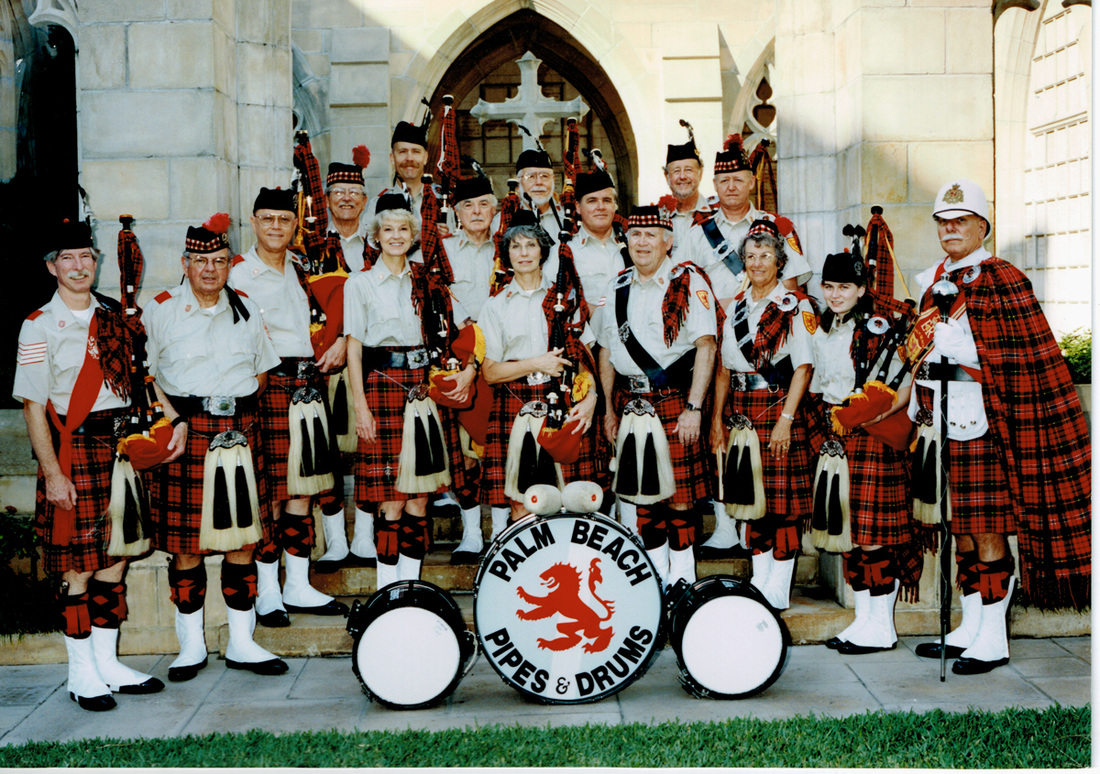 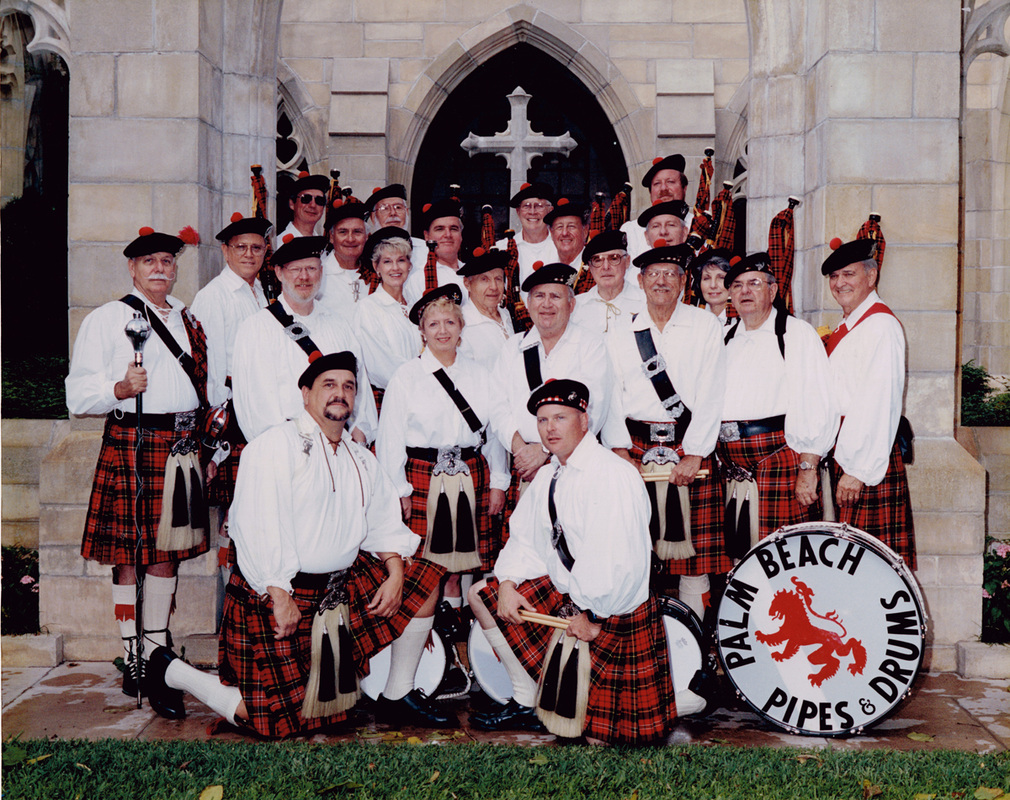 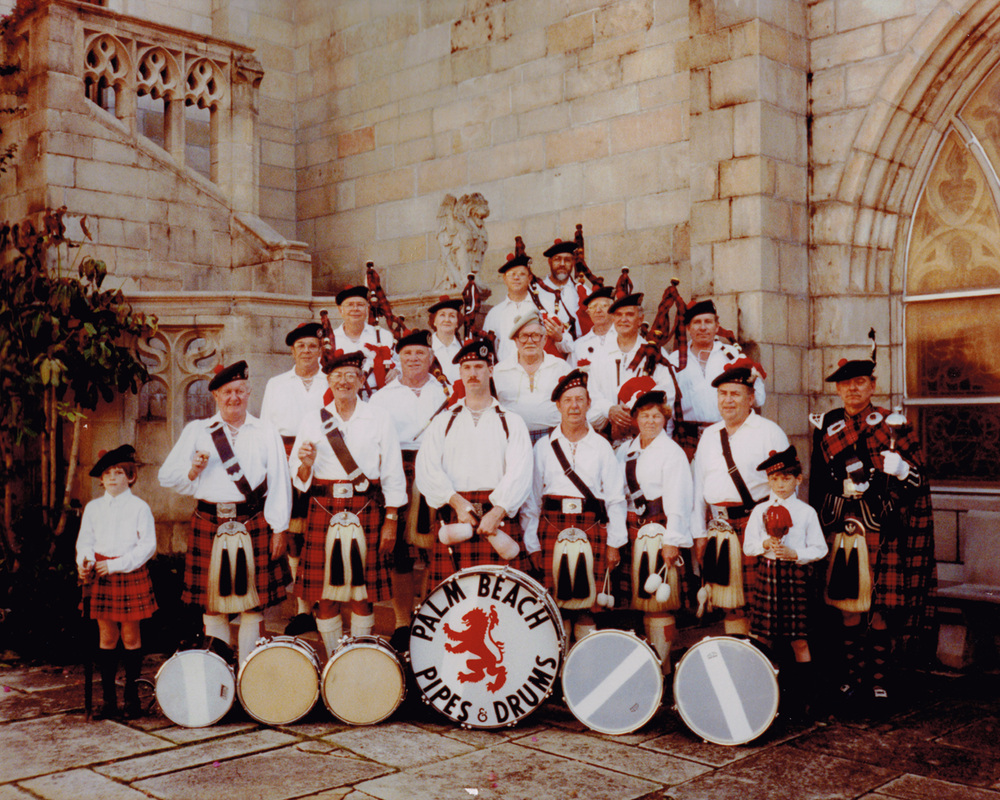 The band was popular from the start and the founders knew they had a good thing going.  Incorporation was in order.  They based their constitution and by-laws on the Miami band's, including provisions for an initiation fee, annual dues and fines.  These provisions eventually were dropped.  The mission of the band, however, has remained unchanged. 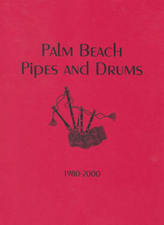 In 2000, during our 20th Anniversary of the Palm Beach Pipes & Drums, the history of the band was published.  It is 34 pages of newspaper clippings, photos and memorabilia of the bands activities over the course of 20 years and has been shared by Ray & Jeanne Cordovez, Bill Paul, Jim Roach and Vince Sibel.
Click on the file below to view the complete history.  Be patient, it is 18mb, but worth the wait! 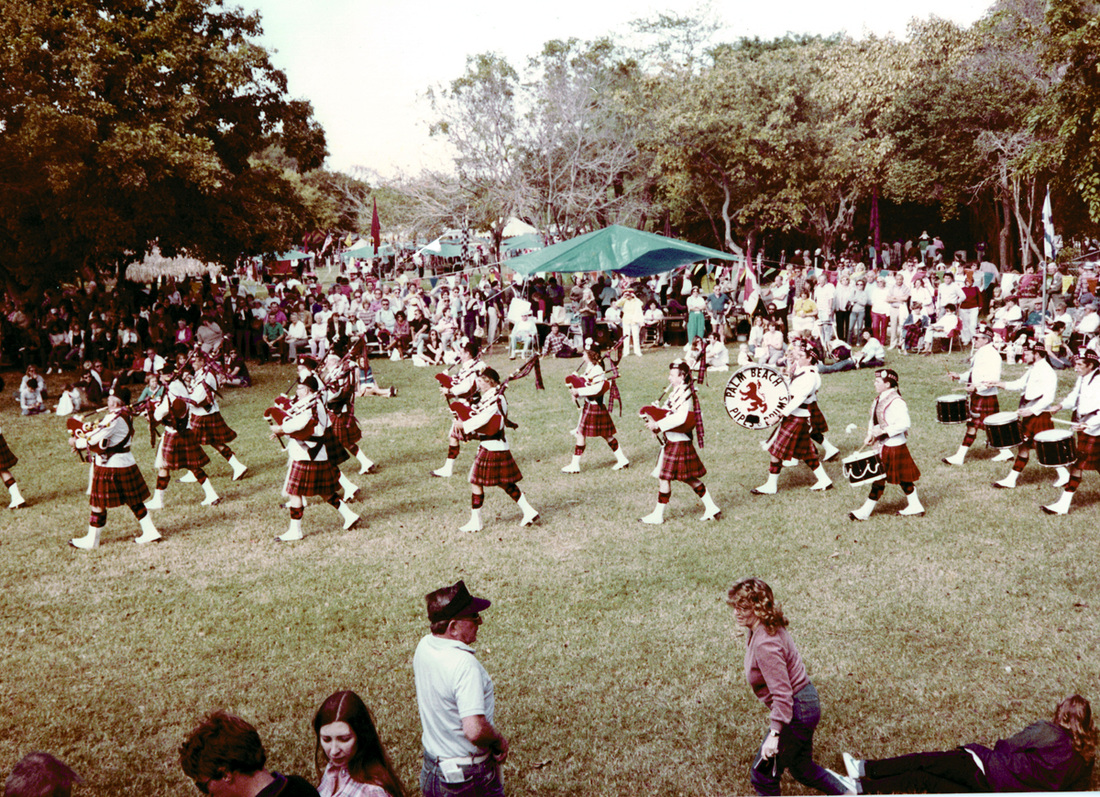 History of the Bagpipes

The origins of the pipes in Scotland are uncertain.  Some say it was a Roman import.  Others believe that the instrument came from Ireland as the result of colonization. Another theory is that they were developed there independently.  Historians can only speculate on the origins of the Scottish clans' piob mhor, or great Highland bagpipe, but the Highlanders were the ones to develop the instrument to its fullest extent and make it, both in peace and war, their national instrument.
As a musical instrument of war, the Great Pipes of the Highlands were without equal, according to historians.  The shrill and penetrating notes worked well in the roar and din of battle and pipes could be heard at distances up to 10 miles.  Because of the importance of the bagpipes to any Highland army, they were classified as an instrument of war by the Loyalist government during the Highland uprising in the 1700s.  After the defeat of Bonnie Prince Charlie in 1745, kilts and bagpipes were outlawed, the pipes being classified as instruments of war.
Never has an instrument been so loved by a people and yet so feared by their enemies as the Highland bagpipes.  The pipes are a symbol of strength, the salve of the soul, and the prize of Clans.
The Scottish Bagpipes are thought to date back to about 100 AD.  Their true origin is uncertain, but the Scottish Highland bagpipe is the most familiar throughout the world.  They became popular in Scotland during the 15th century.  The English crown so feared their stirring effects on the Scottish population after their defeats in the 189th  Century that the playing of the bagpipes was forbidden upon pain of imprisonment or death.

When the Black Watch was first formed in 1739, each Company maintained its own individual pipers.  Scotland was at that time still Scotland.  The Black Watch was formed by the English Hanoverian King, of companies of men from the Highlands to "Watch" the Highlanders  Thus the name "Black" - for dark use, and "Watch" - for watching the Highlanders.
It was not until the Napoleonic wars that drummers were introduced and together with the pipers formed what is now known as the Pipes and Drums of the Black Watch.  Throughout the history of the Black Watch, pipers and later the Pipes and Drums have remained an integral part of the Regiments and as such, have played an important part in its victories and battle honors.  Pipers were to be seen leading the Black Watch and other Regiments in action many times since their inception.  It is no longer unusual to find an American who plays the pipes and, indeed, several units of the American Army and Navy and Air Force have their own pipe bands, and have had for more than 40 years.
The Black Watch Pipers wear the Royal Stewart tartan, the official tartan of Scotland's Royal Family, an honor bestowed on the Regiment by Queen Victoria in 1889.  The Black Watch soldiers and drummers currently wear the Black Watch tartan; an adaptation of the Campbell tartan, brought about because three of their six Generals at the time of its founding were Campbells. 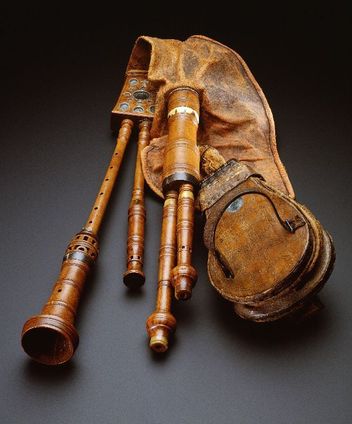